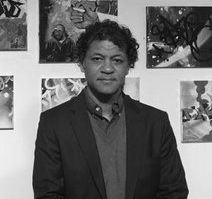 From the subway to the workshop

Chris Ellis Daze was born in 1961 in New York. His career began after he saw his first graffiti on the trains of the New York subway in the 1970s. With John Matos Crash, he debuted for years at Subway Art – while becoming two emblematic figures of American street art.

He is one of the few street artists to successfully move from work on the street to workshop work, which will lead him to exhibit, in 1981, with Basquiat and Keith Haring.

Chris Ellis Daze‘s street art works are part of prestigious collections around the world, such as that of MoMA or the Brooklyn Museum,that of Madonna and Eric Clapton.

The works of Chris Ellis Daze presented on the SAO website